Modernity is filled with false gods. How many of us have chased – and even achieved – success, only to find that it didn’t fill the void we hoped it would? How many times have we felt even more isolated after getting exactly what we thought we wanted? Of course, success isn’t the only false god. It’s money, casual sex, strict diets, better looks, hobbies, pets, meditation, juice cleanses, spirituality, a raise, a promotion, a new city, and a million other things.

Sure, these false gods can make an important difference in our lives, but at the end of the day, they rarely provide the relief and happiness we thought they would.

But you know what does pay off? Good relationships with a few people you love. Though it’s not nearly as glitzy as a penthouse apartment or an IPO, deep connections create happiness and joy in a way that little else does.

The sad part is that most of us are quietly struggling to form and maintain strong relationships. The good news is that relationships are a learnable skill. In this article we’ll cover eight of the skills that have improved my relationships with friends, family, girlfriends, business partners, and more. Hopefully they’ll improve yours too.

And if you’re at the stage where you’re just starting to build your group of friends, check out this article first. 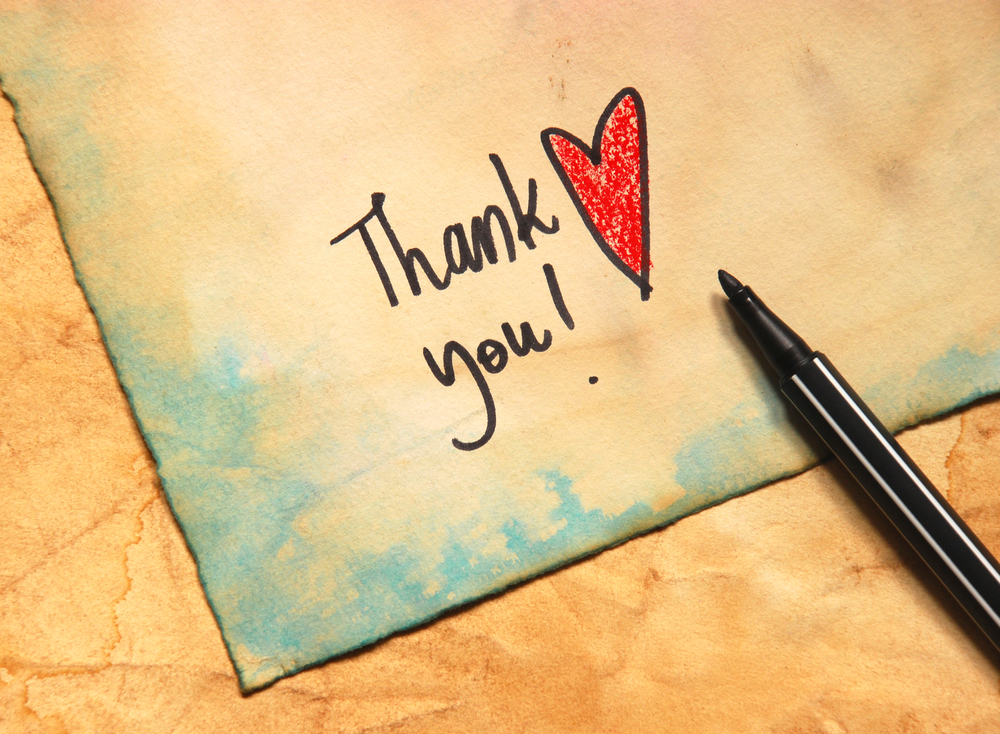 1) Saying, “Thank you” instead of, “Sorry” when you make a small and innocent mistake. This was one of those small changes that made a huge difference for me. Like many people, I used to apologize at the drop of a hat, even if the issue was trivial and unintentional.

Today when someone lets me know that I’ve behaved differently than they’d like me to, I’ll often thank them instead of apologizing.

For example, a client recently said, “Hey man, you can be more direct when you’re giving me feedback. I’m not that fragile.” My instinct was to say, “Oh my God, I’m so sorry – you’re right. I won’t beat around the bush anymore.” Instead, I said, “Thanks for letting me know. I’ll be more direct next time.”

Shifting from “Sorry” to “Thank you” can have a surprising impact on your relationships and sense of self. Doing so gives people permission to let you know how you’re affecting them, which allows for greater connection. It also avoids the clunky dynamic of falling in and out of the good graces of the people you care about. By saying thank you, you also reaffirm that it’s ok to make mistakes and release yourself from insane levels of perfection.

Keep in mind that this is not an excuse to avoid apologizing when you’ve done something wrong. While you’ll have to figure out for yourself what warrants an apology and what doesn’t, I use a few guidelines. If I’ve dropped the ball, hurt someone, made a severe mistake, or if it seems like the other person just needs an apology, I’ll almost always apologize. I do this even when the issue was accidental or felt insignificant on my end. In this case, getting back to fluidity matters more to me than figuring out whether or not it’s reasonable to apologize. 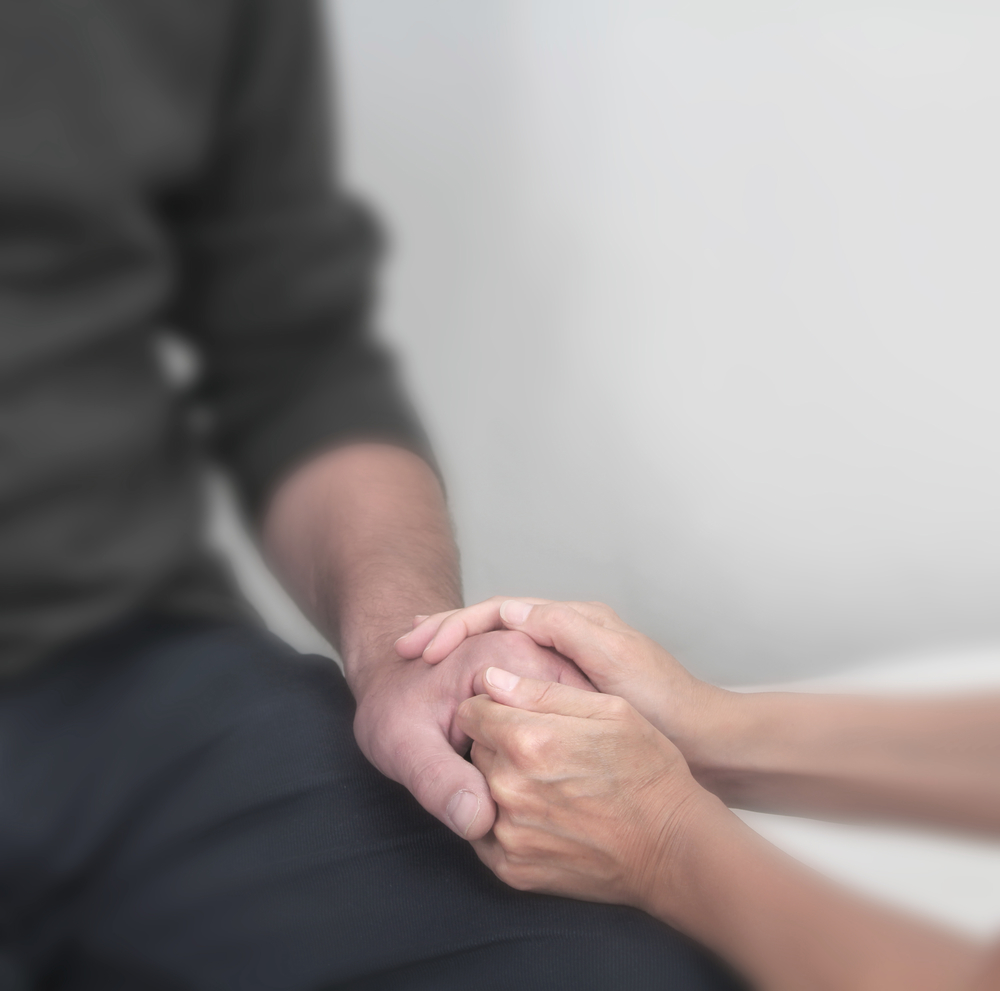 2) Ask for comfort during times of darkness and distress. Of all skills on this list, it’s this one that’s made the biggest difference in my life. Since I was a child, I’ve wrestled with life’s problems on my own. I was  afraid to reveal that I was flawed and imperfect.

When I was really dark, I’d pretend like everything was ok while trying to avoid contact with other people. On the rare occasions when I did talk about my feelings, I simply recited facts about myself while walling off emotionally. I was never really being authentic or letting people in.

Emotionally isolating myself only amplified the already sharp pain I was experiencing. It also prevented me from forming stronger relationships because I never gave myself to others.

A few years ago, I tried something different. Instead of secluding myself when I was feeling low, I picked up the phone and called a friend. As I dialed his number, my hand literally shook. Instead of dismissing the pain, I told him about it. For the first time ever, I let someone in while I was messy and chaotic. Though it was scary as shit, it really helped me get through a difficult time.

If you’re afraid of letting people see you when you’re scared, weak, confused or depressed then you’re a perfect candidate to try opening yourself to loved ones. Next time you’re feeling bad, call a friend and explain what’s going on. Better yet, ask if you could spend some time together. If that’s too much, start by emailing or texting them and then working up to a phone call or hang out.

3) Realize that with some people you’ll want to set boundaries; with others you’ll want to tear walls down. Both setting boundaries and offering vulnerability are essential skills when it comes to forming healthy relationships. They’re also a bit contradictory.

Boundaries allow us to protect ourselves and prevent people from getting closer than we want them to. Vulnerability allows us to be seen for who we are and form deeper connections.

Make sure that the people you’re letting in treat you well and reciprocate by letting you in too. With the people you’d rather keep at arms distance, feel free to gently decline their invitations, cut conversations short, or withhold personal information at your discretion.

For me, asking this question has led to shocking revelations and depths of conversation. This year alone people have told me that they’re pregnant, leaving their partner, quitting their job, grieving a loved one, and many other things, simply because I trusted my intuition and asked. 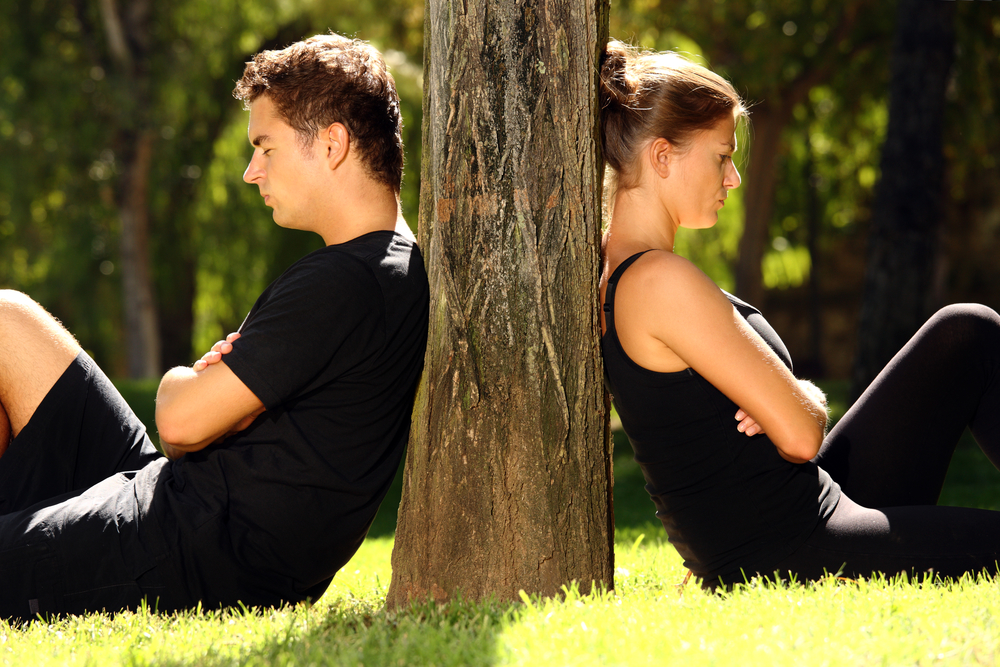 I’ve since done a 180. I now believe that hard conversations are one of the best paths to deeper connection and intimacy. In failing to speak our truth, we are subtly lying about who we are and building walls when we should be tearing them down.

Today, when I’m upset, insecure, or confused about something, I’ll talk to the other person about it. While this is rarely easy, it’s consistently worth it.

The trick is to own your perspective and feelings, rather than make accusations. So instead of “You’re an asshole for calling me fat,” it’s “I doubt that this was your intention, but when you called me fat it really hurt.”

Keep in mind that there is a time and place for everything. You don’t need to rush into hard conversations, and it often makes sense to wait until it’s a good (enough) time for you and the other person to sit down and work things through.

Generally, when we think of hard conversations, we think of telling someone how they’ve hurt us. However, that’s not the only direction we should be thinking about. We should also lean into the conversations about how we’ve hurt or disappointed people. This includes both apologizing for the pain we know we’ve caused, as well as proactively asking, “Hey, have I done something that upset you?” when someone seems frustrated with us.

6) Trust your inner circle’s consensus when you’re blurry. Once or twice a year there will be an issue that I can’t wrap my head (or heart) around. In these cases, I’ll turn to three or four friends who have a lot of experience with the issue I’m facing. I’ll explain what’s going on individually, and ask them what they would do if they were in my shoes and why.

If they all come to the same conclusion, I’ll take their advice. If there is no consensus, then I’ll understand that my problem is intrinsically murky and that there may never be a “right” answer.

One important note here: if you struggle with a specific area of life and your friends don’t, chances are that their advice will be difficult for you to follow. In these instances, following their advice (if you can) will likely reap huge rewards.

7) When someone is upset with you, work to understand their perspective emotionally and rationally. When I’m fighting with someone my default thought is, “Man, this person sure is a jackass. I’ll straighten them out.” This does nothing productive. It only widens the chasm between myself and the other. While this may not matter if the other person is someone I don’t care about, it sucks when it’s someone I do.

Instead of doubling down on the fight, I’ll work to understand why the other person is so upset. This generally begins by listening and asking questions (which, at least for me, is deceptively difficult during an argument). Then I try to imagine how I’ve made this person feel. If you realize that you’ve done more damage than you intended to, or that you really were in the wrong, consider offering an apology.

I won’t lie, empathy in this context feels borderline impossible most of the time, but it’s also worth it. Confronting the issue head on repairs the distance between you and the other person, and fosters understanding. It may also inspire the other person to extend more empathy to you as well.

By the way, this doesn’t need to be a thought exercise. When you feel like you’ve begun to understand someone but you’re not sure, ask. Say, “Hey I imagine that you’re feeling x, y, and z – is that right?”

8) Accept that it’s ok for relationships to experience friction from time to time. So much of this list is dedicated to forming deeper relationships with other people. This however does not mean that all of your relationships will be – or even should be – placid 24/7. As a recovering people pleaser, I used to hate it when there was conflict between myself someone else. While I still don’t like it, I’ve realized that friction is inevitable, especially in intimate relationships. It’s ok for people to be upset with one another from time to time. In fact, far more important than never fighting with the people you love is noticing that you come back to one another. That is one of the true markers of love.