August 2015: I’m in the viewing car, watching the sunrise and clutching a black coffee as the world speeds by my window.

All at once, everything I’ve been avoiding hits me. The distance from my friends and family back East, the reality that my ex and I aren’t getting back together, the lack of clarity about my work, and the ongoing struggle to find my path. Hell, I don’t even know where I want to live. More than anything, it feels like an emotional free fall.

When the tears finally come, I don’t bother trying to choke them back.

Over the past few months, many of the people I love have endured major changes that will affect huge parts of their lives.

Some chose to make changes, like R* who is to leaving his job in order to spend four months traveling before going back to school.

Others have had change forced upon them. For instance, K* who was broken up with and then lost his grandfather, or L* who  was fired from his job with only one month’s savings to his name.

A few fell somewhere between choice and circumstance. M* who is separated from his wife and trying to make it work, or J* who is graduating soon and unsure of what to do next.

As I write, I am finishing an eleven-month span of dramatic change in my life. It started in May when a long-term girlfriend and I broke up. Two months later, I sold my possessions in Washington, DC, and left to find a new home. Along the way, I decided to suspend my work as a professional speaker, start JasonConnell.co, and experiment with a wide variety of new projects.

At times, the constant change had me choking back tears; I was unready to give up my old life. At others, it rendered me so wildly alive that I experienced more in a week than many people experience in a year.

These are my personal notes on how to handle life when just keeping your head above water is a full time job. I’m sharing them here for my friends, family, readers, and clients alike, since all of us get caught up in the tides of change.

As a strategy for streamlining our lives, we unconsciously assume that tomorrow will be similar to today. We assume that when we wake up the people we love will be alive, we will have the same job, and we will hold onto the same dreams.

Ninety-nine percent of the time these assumptions are accurate, which allows us to organize, predict, and control our day. These assumptions bring a certain calm and freedom that enables us to place our attention on other parts of life.

During times of transition, some these assumptions no longer mirror reality. Our lives stop behaving like they used to. The sheer act of existing takes more time, energy, and effort than before. Stress levels and emotions spike.

The painful part of the process is scary. You are trading a known present for an unknown future. I call the process of slowly adapting to your new reality, “Recalibration.”

Counterbalancing the fear, you will also feel huge rushes of excitement and vivacity. You are ushering in a new era of life and with it, the opportunity to become a better version of yourself.

My wish is that you leverage the changes in your life to become more you.

Yes, there will be times when the process feels crippling. Endure. Those rushes of energy and exhilaration hold more truth and more promise than the moments of fear and despair. The trick is learning to weather the storm…

Weathering the storm: 8 reminders for dealing with change 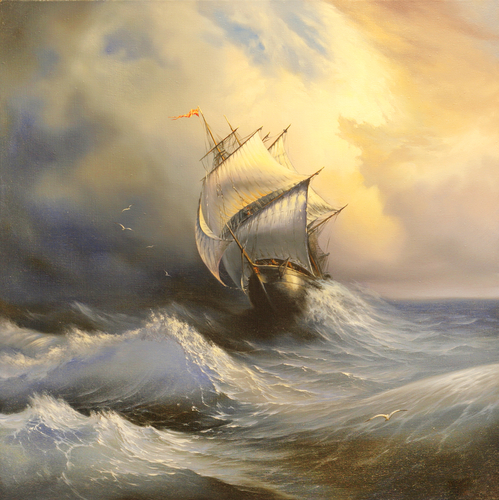 Remember: you can handle this. Things will work out. Most of us have been tricked into believing that we are less capable than we truly are.1

The truth: you are an overwhelmingly capable person filled with more talent and potential than you’ve been led to believe.

Though it may not feel like you can handle it in the moment, I promise you can.

Lean on your support system. A lot. I bet that you would leap at the opportunity to help someone you love. Despite the willingness to provide help, many people find it difficult to ask for help (and yes, that happens to me too). It’s time to get over that.

Here’s the rule of thumb: if you need help, ask for it. Be honest, vulnerable, and open. Email a friend, call your family, or meet with your mentor. The more you lean on your support system, the easier it will be for you to keep your head above water.

If you’re reluctant to ask for help, remember this: you’ve experienced the joy helping someone you love numerous times. By failing to ask for help when you need it, you’re not only depriving yourself, you’re also depriving the other person of the happiness that comes from helping a friend.

Say “No” more often. You can’t handle as much during transition as you can when you’re stable. Remember that whole recalibrating process we talked about earlier? Yeah. It’s taking up a lot of space in your life.

Get used to saying, “No” to the stuff that you don’t want to – or can’t – do. Saying “No” can be challenging. My uncle taught me an elegant approach. He suggests, “I’m so honored that you’ve asked me to do this. It really means a lot to me, but unfortunately, I can’t.”

While you’re at it, get in the habit of dropping balls from time to time. Skip the wedding you said you’d attend. Tell your boss that the report is going to be late. Step down from the volunteer organization. The less you care about something, the quicker you should let go of it, especially during times of transition and reinvention.

Allow yourself to feel the pain of transition. At the beginning of this article, I mentioned breaking down on a train. That was the first time I allowed myself to feel the fear, pain, and confusion that I had been suppressing. It felt good to break.

If you’re not allowing yourself to feel the chaos of transition, you’re doing it wrong. Transitions suck. They’re hard. The fastest way to get back to yourself is to feel the pain in real-time. 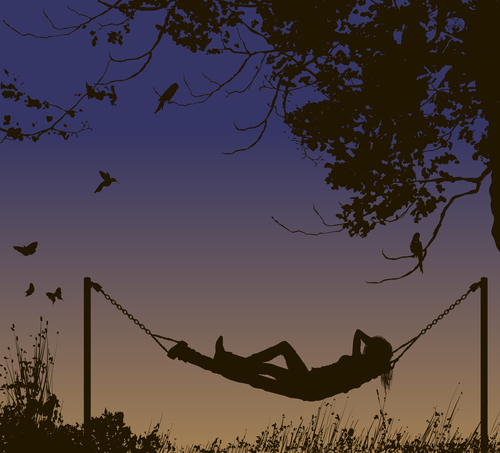 Be easy on yourself. One of the tricks to making transitions work is lowering your standards a bit. If you’ve been going to the gym four days a week for the past year, but your grandfather’s recent death has made you too depressed or too busy to hit the gym, don’t beat yourself up for being less than perfect.

Here’s a trick: most people are more compassionate to their best friend than they are to themselves. When you’re starting to be hard on yourself imagine that your best friend is in the exact same situation you’re in. What advice would you give her? How would you want her to treat herself? Now transfer that compassion and advice to you.

And while you’re at it, start celebrating the small victories you experience each day like making a healthy breakfast or answering your emails. Don’t hold yourself hostage from feeling good until something big happens; instead, find the joy, success, and happiness in little things. You’ll be back to taking over the world soon enough.

Practice “Do nothing days.” From time to time, hide away from the world and spend the day decompressing. Spend your time watching movies and reading books. Ignore the outside world and your normal responsibilities. Rent a hotel room if you need to. Allowing yourself to stay in a neutral, stress free state for a day or two is revitalizing. You’ll be shocked by how refreshed you feel after a day of doing nothing.

Take it one step at a time. It’s tempting to think of changing your life as one giant project.

The problem: giant projects are overwhelming and have no clear starting points. They are easy to think about, but almost impossible to do. Instead of taking the transition as a whole, break it into smaller tasks and tackle them one at a time.

I’m new to Denver, and I’m working to build a life here that I love. Without breaking it down, the task is so big and vague that I wouldn’t know where to begin (and because of that, I wouldn’t begin). For me, a great life in Denver includes:

By breaking it down, the transition from “New to Denver” to “A great life in Denver” becomes manageable. More importantly, it doesn’t seem as daunting and stressful.

Even transitions as common as starting a new job are best taken step by step.

By breaking the transition into individual tasks, it becomes easier to handle. You’ll be able to see the progress you’re making and won’t be deceived by the illusion of spinning your wheels.

And if you’re wondering where to start, begin with the task that is going to be the highest leverage for you. In my example above, finding a great coworking space will make it easier for me to create a group of friends that I see often.

Hold on to the still points in your life. As everything starts to change, it’s important to keep a few things steady. They don’t have to be big to offer a sense of stability and predictability. Personally, I’ve been listening to the Sara Bareilles album “Brave Enough” almost every day for the past 8 months and watching “The League” when I need to decompress. I also maintain a morning routine (meditation and gratitude) that follows me everywhere I go.

The important part is to pick things that are meaningful to you – music, TV shows, movies, foods, exercise routines, etc. – and infuse them into your daily life during transitions. Then, even in the most unfamiliar circumstances you’ll be able to find something that feels normal.

You’re more capable than you’ve been lead to believe… 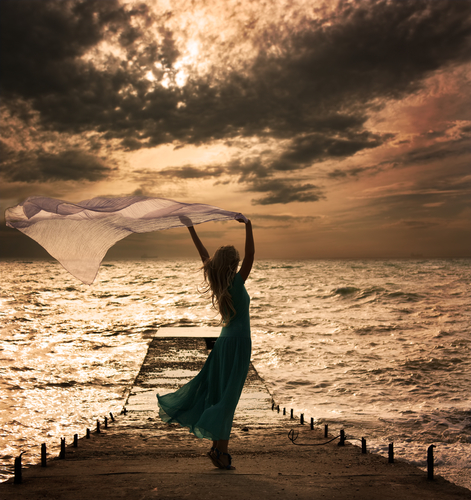 During times of change and transition, you are surrendering an old version of your life to allow space for something new.  Doing so is scary and destabilizing.

I want to leave you with one thought, and it applies to anyone in a state of transition: you’re more capable than you’ve been led to believe and you are stronger than you know. Weathering the storm will prove it to you.

One thought on “How to handle the emotional chaos of change”