April, 2014 at a small conference in Toronto: I know that I’m on the wrong path in life, but I don’t know how I’m supposed to find the right one.

One of the speakers at this conference is a Hindu monk who dedicated years of his life to meditation. He seems to have deep insight into the human condition. You can almost feel his presence in the room.

Another speaker is a billionaire. He knows more about the world of business and commerce than anyone I’ve met.

It’s a very intimate conference and I have the opportunity to chat with them one-on-one.1

Separately, I told the monk and the billionaire, “I’m lost right now. I’m modestly successful, but it feels wrong. How do I find my path?”

I assumed that both men would offer very different answers. To my shock, they gave nearly identical suggestions. It felt like I discovered the secret to success. I was giddy.

Here’s the path they laid out:

1)   Spend time getting to know yourself and your authentic desires. Use open-ended questions to search deep within yourself. For example:

They both advocated taking this process slowly. They promised that with reflection comes clarity.

For several months, I spent Sunday mornings in a café with just a pen and paper to learn more about myself.

2) As you start to connect your vision, describe it in lucid detail. This can be done with words, magazine clippings (think vision boards), clays, paints, or whatever medium resonates with you.

Personally, I like writing, so I described the life I wanted in words. It involved growing my speaking business, vacationing in Costa Rica, giving back to the homeless, and building a thriving social circle.

3) Once you have a clear vision, reverse engineer it. In other words, figure out how to get from point A to point B.

If you want to become a rock star, perhaps you begin by researching different instruments. Then, you buy a guitar. Next, you learn how to play it. After that, you make a few musician friends….

The important part is to have each step lead to the next.

With time I figured out how to increase my stature as a speaker, book a trip to Costa Rica, work with the homeless, and host weekly dinners at my apartment.

4) Finally, take action. If you fail at any point, return to your vision for yourself. Let your vision flood you with energy, inspiring you to overcome your setbacks. Continue taking action.

Both the monk and the billionaire found success following this path.

So what happened when I tried this? 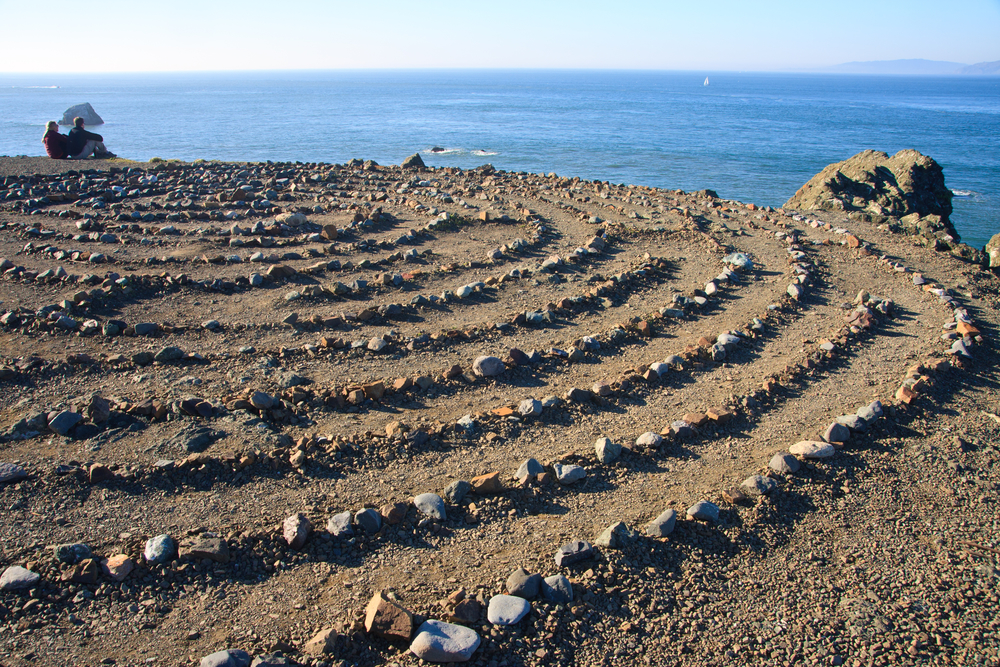 I followed this path for two years. In that time, I achieved almost everything I set out to.

But through the entire process, I felt weirdly hollow. More than that, I still felt lost.

It’s not that the path the monk and billionaire laid out didn’t work.

Though it made me successful, it wasn’t my path. The moment I tried to follow their paths, I unintentionally departed from my own. If your goal is to fully engage with life, you can’t follow someone else’s path; you have to blaze your own.

Think about it for a moment. Truly successful people tend to have two things in common:

Barack Obama, Mother Teresa, and Steve Jobs all changed the world, but they did it in dramatically different ways. They did it their way.

When I realized that the monk’s and billionaire’s paths wouldn’t work for me, I tried something else. I paused and asked myself, “Do I know what the first step on my path is?”

In fact, I knew the first few steps. They were: end a relationship, leave a city, and quit a job.

If you look deep within yourself, you’re likely to find the first step on your path. If you can’t see the second step (and often, you can’t) trust that it will appear after you’ve taken the first. And if you can’t find the first step, take a step – any step. Sometimes you have to walk down the wrong path to recognize the right one when it appears.

Your job is to stumble around until you can tell which way is forward. From there, trust yourself…

17 thoughts on “There is no path: lessons from a monk and a billionaire”