October 2016: M* is upset with me for a good reason. Two reasons, actually.

Reason number 1: I’m in town and I didn’t call her to hang out.

Over the course of our 12-year friendship, M* has come to visit me countless times. I’ve never visited her.

Even so, the lack of balance isn’t why she’s upset. She’s upset because she recently moved to Boston and learned – via a Facebook photo – that I’m nearby and didn’t let her know.

She calls to ask, “Jason, why the heck didn’t you let me know you’re in town? That stings.”

My mind races with excuses. I could tell her, “I’m not actually in Boston! That photo was taken ages ago,” or “I was going to surprise you,” or “I was actually just about to call you, OMG!!!”

But these would be lies

Instead, I tell her the truth: I forgot she lived in Boston.

For the past few years, she’s lived on the West coast; her move East slipped my mind.

She was hurt that I forgot about this huge life event.

Then, something crazy happened: I realized that even though she was upset with me in the moment, it didn’t change the fact that she still wanted to be my friend.

For many people, this wouldn’t be a profound realization, but for me, it was. The people pleaser in me is forever worried that if I upset someone, they’ll no longer think I’m worth their time.

My personal challenge for 2016 was to go the entire year without telling a lie, blurring the truth, or deceiving people.

The commitment to truth profoundly changed my life. In this article, I’ll cover how the challenge worked and how it affected my business, relationships, and sense of self. I’ll also explain how you can do your own honesty challenge and the results you can expect.

Lying is self-loathing (and we all do it) 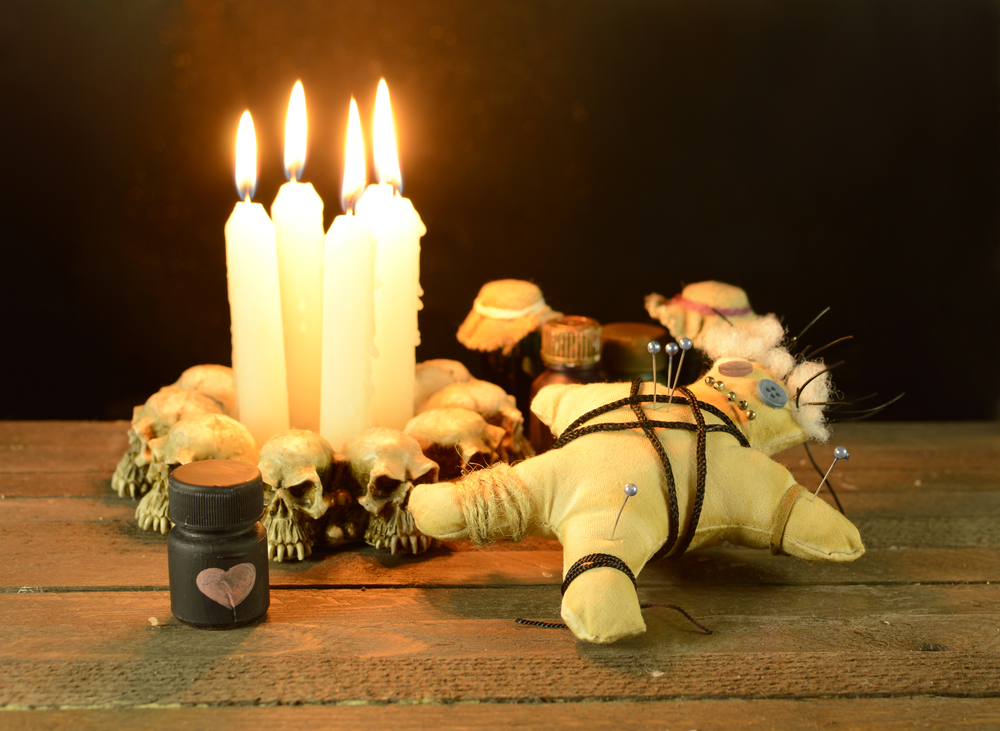 We exaggerate our stories to make them better, claim to be busy to get out of commitments, and act like we love our friend’s shitty poetry.

We round up when discussing our height, income, and bench press, and we round down when asked about our weight, ETA, and time spent watching TV.

We lie through our actions by staying in dead relationships, taking calls from people we don’t care about, and pretending to give a shit.

We lie to ourselves too; claiming that we’re happy, confident, and just fine when really, we’re fucking miserable, misguided, and apathetic.

The question is: why do people lie?

So we pad the truth, blur the lines, omit a few details, avoid the hard conversations, and keep our mouths shut. The hope is that this fictional version of who we are will be worthy of love and that no one, ourselves included, can tell the difference between the two.

While lying offers emotional protection, it also makes it difficult for people to love the real you. You become suspicious of others’ affection because you can’t tell if it’s directed at you or the person you’re pretending to be.

When you commit to telling the truth, you create the opportunity for people to love the real you.

Blurry realities: the 2 ways we lie without realizing it 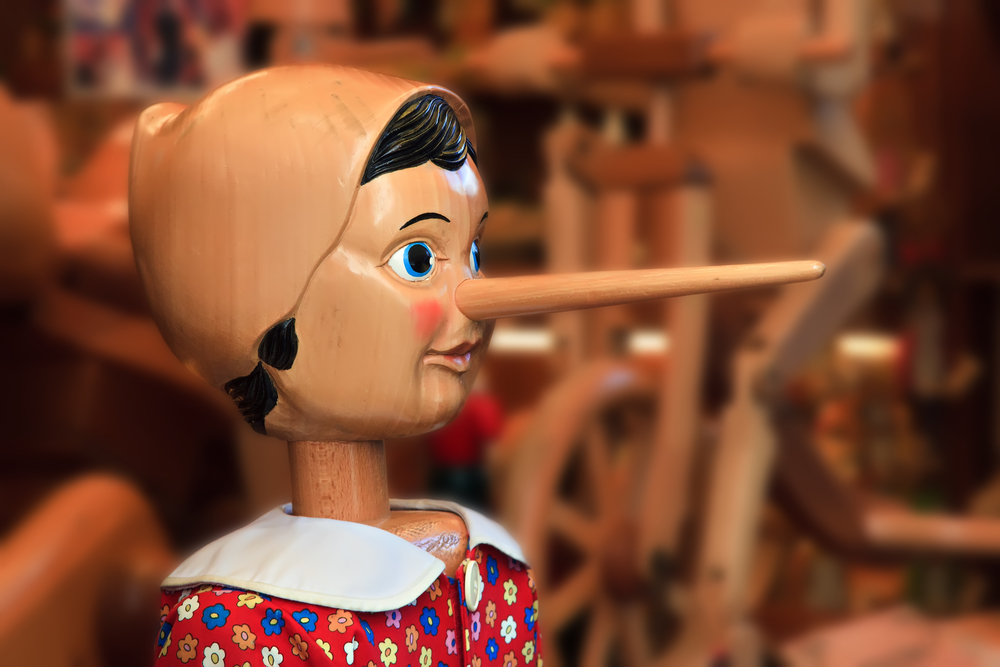 Telling the truth is more complicated than is immediately obvious. Whenever we blur our reality by providing vague answers (as opposed to giving crisp definition) we are being deceptive.

There are at least two ways that people blur reality without understanding they’re lying.

1) Allowing the truth to lead to false conclusions. You can easily deceive people without ever lying to them.

For example, the following is true: I make more money per hour than a doctor.

This statement should lead you to believe that I also make more per year than a doctor, but I don’t. I don’t even come close.

We’re all familiar with obvious omissions, like failing to tell your accountability buddy that you ate half a pizza last night simply because she didn’t ask. But far more impactful are the subtle lies of withheld information that quietly define our lives. These generally happen through action or inaction, rather than words.

If you are pretending to agree with someone or avoiding hard conversations, you are lying through omission by withholding your truth.

For example, if you’re in a dead relationship but acting like everything’s fine, you’re lying to your partner. You’re avoiding the hard conversation the two of you need to have.

How the year of the honesty challenge worked 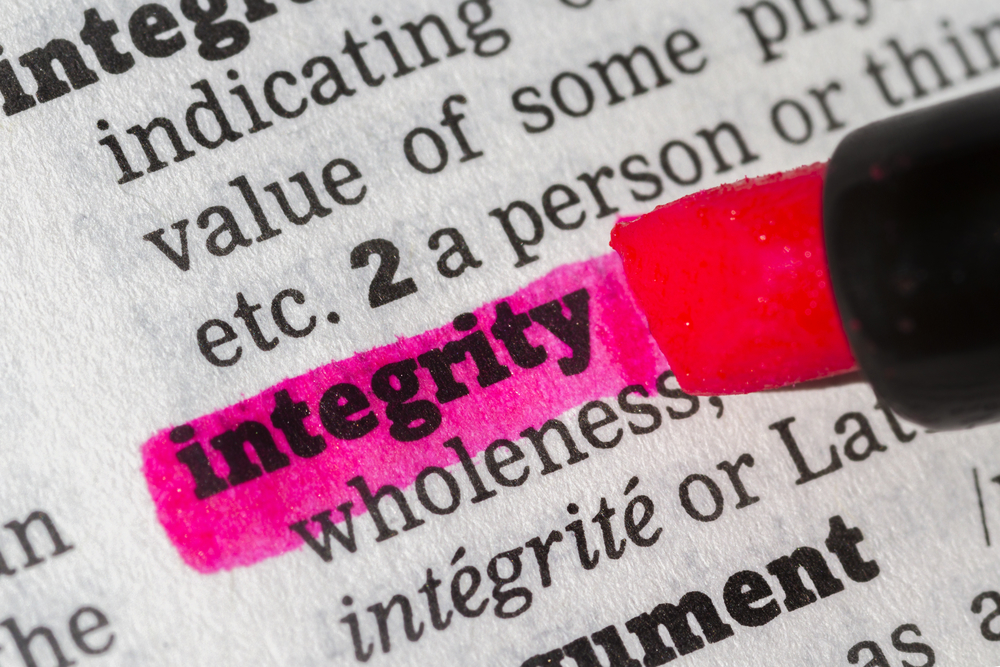 With all of that in mind, here are the guidelines I set out to follow for the year of honesty:

As expected, following these guidelines became increasingly easy as the year went on. What I didn’t expect was just how profoundly they would affect everything in my life…

How honesty affected my business 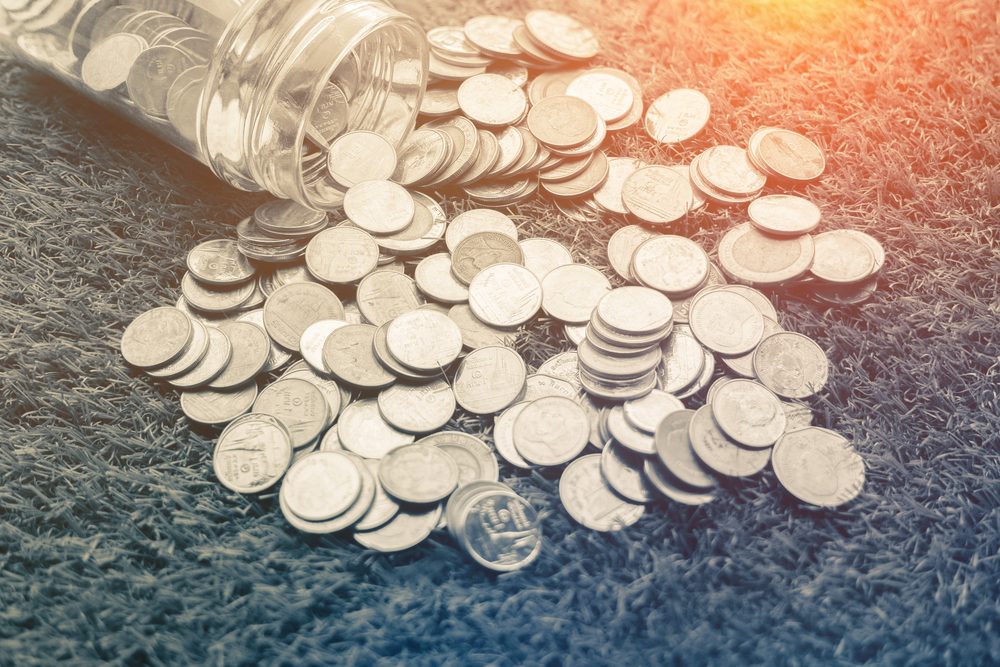 Deals closed more quickly. As a consultant, I help people build six figure speaking businesses. Being as honest as possible forced me to set precise expectations during sales calls. I suspect that the high level of clarity differentiated me from my competitors.

For example, nearly everyone asks, “What sort of results are your past clients getting?” One honest answer is, “All of my clients are getting paid speaking engagements.” While this is accurate, it’s also vague.

The year of honesty forced me to offer a much more precise answer. Instead of saying, “I have a 100% success rate,” I started saying, “All of my clients have gotten paid speaking gigs. Most get gigs within 6-7 weeks, and several made over $100,000 in their first year. Still, I can’t promise results like that. Luck is a factor, as is how much time you commit to this. If you do the work, there’s a good chance you’ll land gigs within a few weeks. If you sit around expecting me to do everything, you’ll waste everyone’s time.”

This level of precision seemed to inspire trust in my prospective clients, many of whom signed within a week.

It forced me to close a very lucrative line of business. For a hot minute last year (well ok, six months), I worked as a life coach. I charged a lot for my time and my clients seemed happy to pay it.

It was interesting and engaging work. I enjoyed learning about my clients’ inner realities and helping them step fully into their lives. As time went on, I noticed that many of my clients were treating me like a psychologist, and I was allowing them to do it.

I realized that the issues my clients needed help with were better addressed by a mental health professional. Though I could have kept working as a coach, it would have been deceptive, because I knew I wasn’t truly qualified. So I closed my coaching practice despite the significant income it was generating.

Doing so opened up tons of space in my calendar and allowed me to focus on helping people build speaking businesses. I’m much better at working with speakers than I ever was as a life coach, and I enjoy it more. Perhaps unsurprisingly, the revenue from consulting is outpacing revenue from life coaching.

PSA: my personal opinion is that 99% of the life coaching industry is a crock of shit. Most “life coaches” use their practices as a way to avoid confronting their own demons. Their rough – if unspoken – logic is, “If people hire me to help them with their lives, my life must be awesome.”

If you’re thinking of hiring a life coach, I urge you to consider hiring a therapist instead. Yep, finding a good therapist is hard. I get it. But therapists have extensive training and ethical guidelines that they’re required to conform to while coaches don’t. More on why I think life coaching is a bad idea here.

How honesty affected my relationships 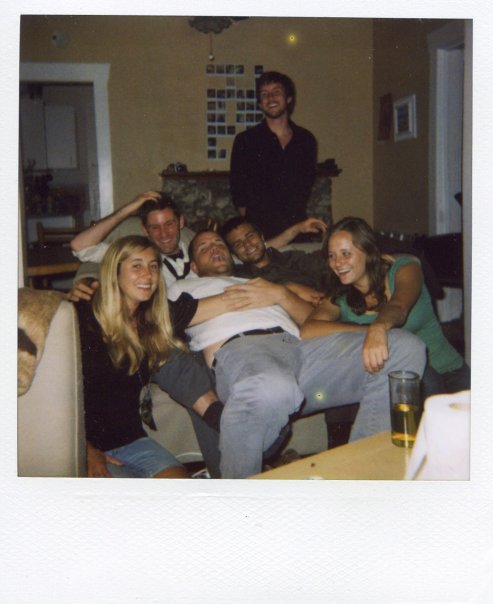 I got closer to the people who mattered. I used to have a nasty habit of holding grudges. I feared that if I had a hard conversation with someone, they would no longer want to be my friend or that their love for me would fade. So instead of asking for what I needed or expressing difficult emotions, I compartmentalized.

I realized that bottling my feelings was a form of dishonesty; it led people to believe that I felt differently than I did. I needed to start getting real, even if it scared me.

Doing so was – and is – hard. Sharing more of myself does create the opportunity for people to learn unappealing things about me. It may even shine light on undiscovered deal breakers between us, but openness also creates the opportunity for real connection. As I learned to be increasingly open with the people in my life, I ended up feeling closer to many of them than ever before.

I finally let go of the people who I never liked all that much. There used to be people in my life who I didn’t enjoy spending time with. I’d return their calls and emails from a sense of obligation, not excitement. I realized that this too was a form of lying, and I slowly worked to reshape my circle so that it was filled with people I genuinely enjoy.1

How honesty affected my sense of self 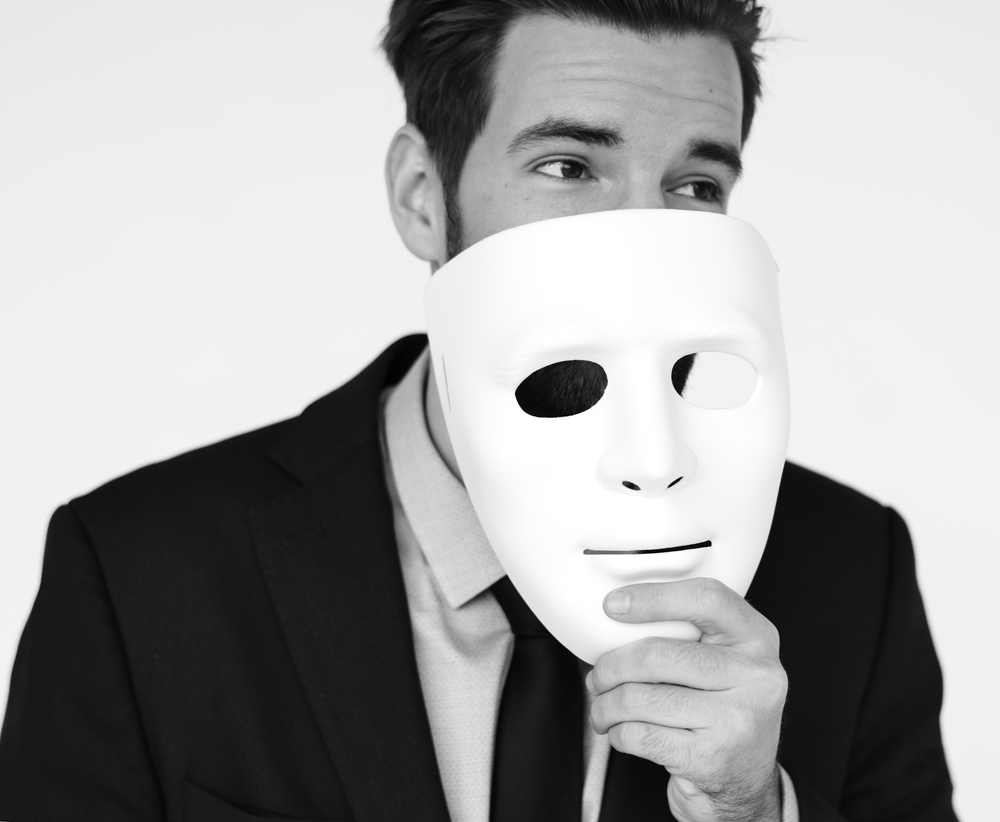 “Live by the foma* that make you brave and kind and healthy and happy. ”
― Kurt Vonnegut, Cat’s Cradle
*Harmless untruths

When I started the honesty challenge, I assumed that the hardest part would be being honest with others.

The hardest part – by far – was being honest with myself.

Like many people, I unintentionally filled my life with gentle lies designed to protect myself from the harshness of reality.

Two of the more profound lies I was telling myself:

The truth about these issues is much more complicated:

Admitting these things to myself was disorienting. It’s weird to wake up and realize that I’m not the man I thought I was.

My life is messier now that I’m more honest with myself. The artificially clean lines and charmed personal narratives have fallen away. But in their place, I find myself. Happiness takes less effort and I don’t hold myself back or doubt myself as much as I used to.

Of course, it’s easier to keep casting illusions and denying your reality, but doing so disengages you from your life. It embeds pain and friction so close to your core that you don’t even notice it.

When you find the courage to be honest with yourself, life become expansive. You start to learn that in many cases you are already as talented, lovable, and capable as you’ve secretly hoped.

You also learn that sometimes you fall short, that you’re imperfect, and that not all of your dreams will work out. And that’s ok. That just makes you human.

So 2016 is over… am I still doing the honesty challenge?

Being honest has improved my life more dramatically than any other practice I’ve experimented with. It’s a fast and consistent (albeit difficult) path to self-love. It’s phenomenal for building intimacy. It makes life vivid.

I felt more alive and engaged in 2016 than ever before.

My recommendations to you…

Honesty has a weird habit of starting to feel like a super power when you practice it. It seems to draw the right people and opportunities to you, while speeding up the flow of life.

If you’re interested in doing your own honesty challenge, I suggest experimenting with the behaviors below. For most people, it will be easiest to tackle one change at a time. Once the new behavior becomes natural, move on to the next.

Keep in mind that honesty can be more difficult and complicated than most people expect. We’ve all been conditioned to lie to ourselves and the world. Be sure to be forgiving and gentle with yourself as you evolve.

8 thoughts on “What happens when you’re completely honest for a year?”