A note to the reader: this is an updated version of an article I wrote in 2014. It’s an ode to the artists, entrepreneurs, activists, athletes, entertainers, and rebels who fight against the status quo. More so now than ever, we need you. Godspeed.

“Dude, you can’t expect your life to look like other people’s if you’re living differently than they are. You’re fine.”  -K*, a close friend.

December, 2005: My college roommate W* and I have a weird tradition. On the last night of each semester, we push our beds together and admit to all the stuff we’ve hidden from one another (I told you it was weird…).

For the most part, our confessions are mundane. It’s stuff like “I used your deodorant for a week,” or “I ordered a pizza on your account, and then told you that I bought it for us.” But this time, I have a real confession.

W* knows that I plan to drop out of college and start traveling soon. He doesn’t know that I fear I’m veering too far off the beaten path. I already feel isolated and disconnected from the world around me, and worry that leaving the straight and narrow will create even more distance.

I tell W*, “I’m afraid that my life experience will be so different from the norm that I won’t be able to connect with people anymore. I’m afraid that chasing my dreams leads to isolation.”

W* thinks for a moment and says, “Yeah, that’s entirely possible. I think you should do it anyway.”

I dropped out of college and spent three years traveling the world. It went on to shape my entire life.

W*’s reassurance helped me to live as authentically as I could and subjected me to difficulties I never imagined. I…

But all of the lows? They were counterbalanced by highs that felt like lucid dreams. I…

We are often told that we should blaze our own trail, but no one ever tells us what it’s actually like. In my experience, it’s a blend of amazing, agonizing, and downright insane.

The amazing parts of leaving the beaten path 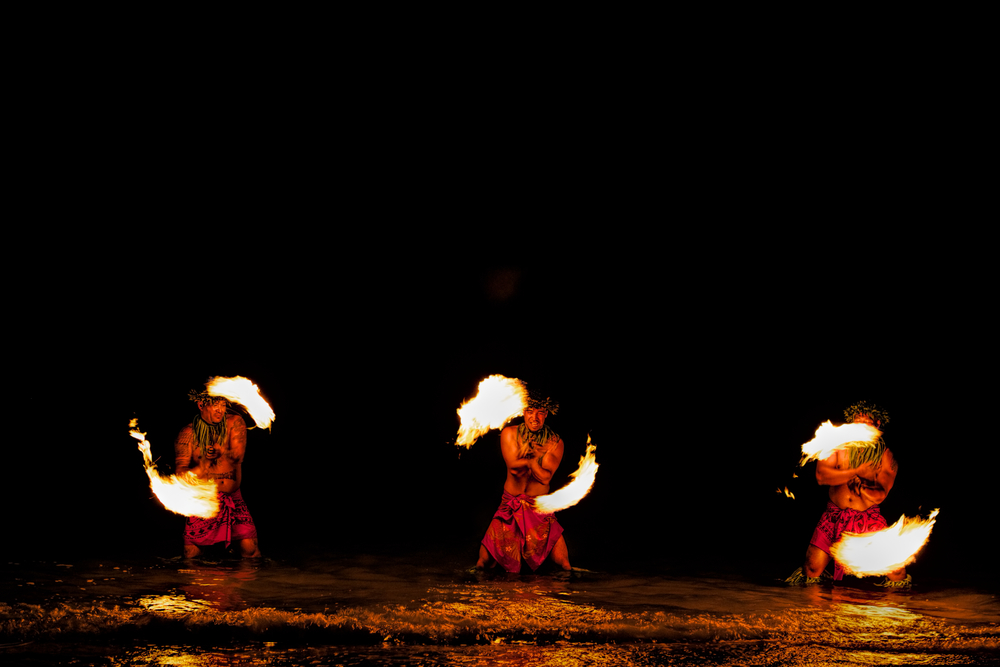 More than anything, finding the courage to leave the beaten path enables you to fully step into the arena. It releases you from the chains of conformity and expectation while allowing you to explore the bounds of culture and reality for yourself.

It creates space for you to access your true potential. The vast majority of people’s lives follow a predetermined path: get an education, get a job, find a partner, buy a house, spend one week a year on vacation, and try not to lose yourself in the margins.

Though this path is well worn, it doesn’t lead anywhere desirable. In fact, it leads to soul crushing mediocrity. In the United States of America, the average person:

The straight and narrow smothers your potential. It snuffs out your vivacity and replaces it with deadening ennui and apathy.

When you find the courage to leave the beaten path, you open the door for something much greater than what you’ve inherited.

It allows you to influence the rules of the game. If you follow the beaten path, huge chunks of your life are spent reacting to circumstance. Without realizing it, you’re trapped in a game whose rules you never agreed to in the first place.

Behind schedule on a project? Better work overtime; you’ll be in trouble if you miss the deadline.

Dreaming of a trip to Thailand? Hopefully you can squeeze it in during your 12 vacation days a year.

Wish you had more time to read? Maybe you can get some audiobooks and listen to them in the background.

None of these solutions are horrible, but what if you were the one who got to define the rules? Maybe you’d just cancel the project, or call the client and tell her it’s going to be late instead of sacrificing your personal time. Maybe you’d hop on the jet now and spend six weeks traveling in Thailand. Maybe you’d structure your job so that you’re required to read for an hour a day.

It’s easy to dismiss these things as pipe dreams, but they aren’t.

Creating freedom in your life is entirely possible but it requires creativity, grit, and courage. Of course, luck helps too, but luck’s outside your control.

The moment you reclaim control over your life’s direction, your vivacity begins to return. It feels like everything clicks vividly into HD. You feel the amazing intensity of simply being alive. You notice the stunning magic in the mundane. You realize that even the shitty days have a certain beauty to them. You understand that this is what you were meant to be doing all along.

The agonizing parts of leaving the beaten path 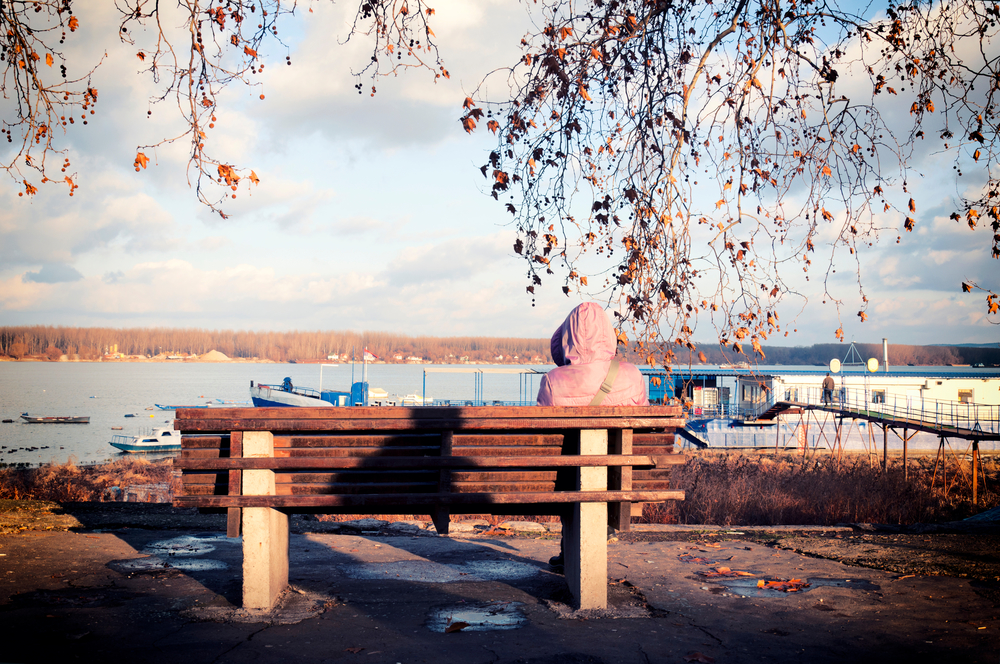 It’s way harder than it seems. Let me state this bluntly because no one ever seems to mention it: leaving the beaten path is fucking hard- both logistically and emotionally.

When you see people do it on TV, whether it’s building a business, traveling, or just embracing their true selves, it seems fun and quirky.

When you do it yourself, it seems confusing, scary, exciting, messy, joyful, easy, and impossible all at once. The idea of conforming to the norm becomes appealing again.

But something interesting happens if you stay true to yourself: you find your lane. When you do, life speeds up in the best possible way. So many good things happen that you stop keeping track.

It’s terrifying. On two separate trips (one to Asia and one to Africa), my brother, R*, asked, “Are you nervous?” as he drove me to the airport.

Before that moment, life was a blur of obtaining visas, planning, packing, saying goodbye, and all that stress. I hadn’t bothered to check in with myself.

As I connected to the fear I had been ignoring, I considered scrapping the trips even though I was en route to the airport.

But of course, I didn’t.

And I’m glad I didn’t. Many of the best things in my life began with staring fear straight in the eye. The well-worn path lures us in because we know where it takes us. Forging our own path is terrifying because we sacrifice stability and predictability.

It’s lonely and isolating. Leaving the beaten path tends to be lonely. You’ll notice that fewer and fewer people are able to relate to your experiences. You’ll feel the distance.

When I first dropped out of school to travel, I used to get emails from friends talking about the great parties, funny stories, and gossip I was missing. It was hard to read those emails. A very real part of me wished that my friends’ lives would hold still in my absence. Reading those emails made me long for a type of connection that can only come from being physically near the people you adore.

Worse still was when the emails started to trickle off over the years. I still struggle with this.

The insane parts of leaving the beaten path 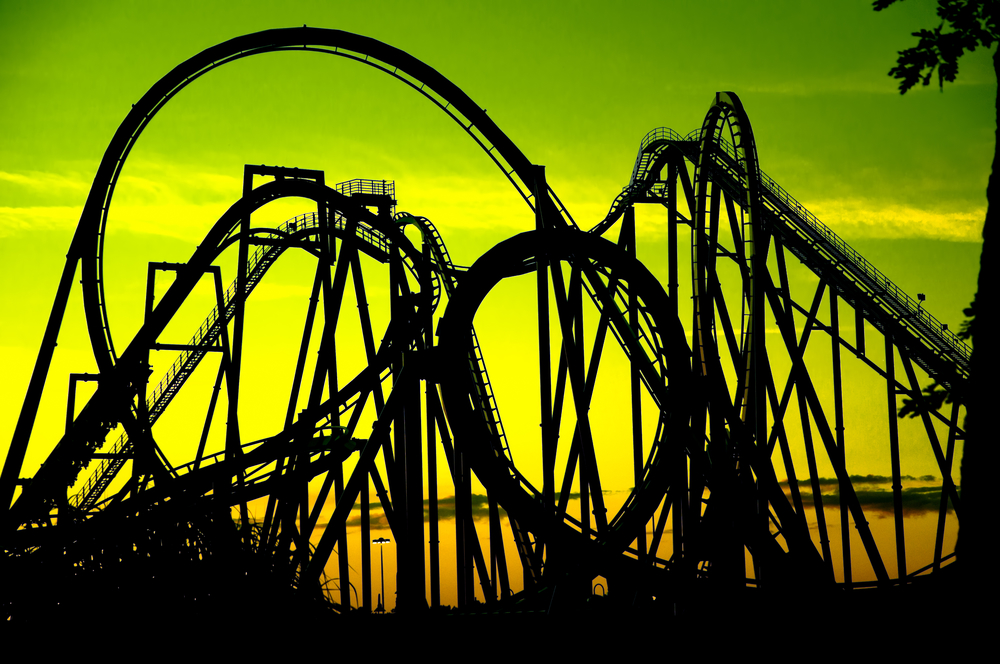 Finally, when you leave the beaten path you experience all sorts of insanity (in a good way, mostly).

Your internal and external worlds start to behave like a rollercoaster. Leaving the beaten path requires an openness that few people have experience with. At times, you’ll feel overwhelmingly fragile. I have vivid memories of being driven to tears by random episodes of “How I Met Your Mother” during a particularly turbulent period of life.

Then, you’ll cross over an invisible line, and you’ll notice that everything you touch turns to gold. You’ll close more deals and attend more parties in a month than you did all of last year. You’ll feel electric.

You wake up the next day, and suddenly, everything is back to normal.

With time, you’ll become accustomed to the ebb and flow of reality. You’ll be able to lean into the good times while reminding yourself that the bad times will pass.

Your life becomes defined by synchronicities that make you feel like a demi-God. In Paulo Coelho’s book, The Alchemist (one of my all-time favorites), he mentions that when you start to live your personal legend, you get little winks and nods from the universe along the way.

You’ll land a huge client just before you run out of money. You’ll bump into an old friend you haven’t spoken to in years while exploring Kabul. When you least expect it, love, success, and joy invite themselves into your life.

Sometimes the synchronicities are simple “coincidences.” Other times, they feel like the world has bent over backwards to accommodate you. I have no idea how or why this happens (or if it’s just an illusion that comes with changing your perspective), but I’ve noticed that it does.

Your life looks different than everyone else’s, and it can be confusing. A few years ago, I wrote to a close friend from high school, K*.

Every guy in our group of friends is married now except for he and I. I asked him, “What’s up with that? Where did we go wrong?”

K* has also gone way off the beaten path. Though he’s a brilliant engineer, he’s spent most of his adult life working as a ski bum and house painter. He’s also lived in Hawaii, driven across the country several times, and started a small business.

When I asked K* what was wrong with us, he laughed and said, “Dude, you can’t expect your life to look like other people’s if you’re living differently than they are. You’re fine.”

People find you polarizing. When I started telling people that I was going to drop out of college almost everyone had one of two opposite reactions:

1) They would tell me that’s the stupidest thing they’ve ever heard and that I was fucking up my life.

2) They would be wildly encouraging, enthusiastic, and happy for me.

The same exact thing happened when I quit magic, speaking, and coaching. Even when I left Washington, DC, without a plan, some people were excited and encouraging while others freaked the fuck out.

Despite the discouragement, in all cases, departing from the norm was the right decision.

I have a theory as to why this happens. We all have the ability to be true to ourselves and chase our deepest desires, but few of us do. When you start living on your terms, you end up holding a mirror to everyone else in your life. Many people aren’t thrilled by what they see.

They start to notice (perhaps unconsciously) that they’re failing to live their dreams. Instead of learning to conquer what’s holding them back, they freak out and try to drag you down. For them, it’s easier to discourage you than it is to fully step into their own lives.

So, should you leave the beaten path? 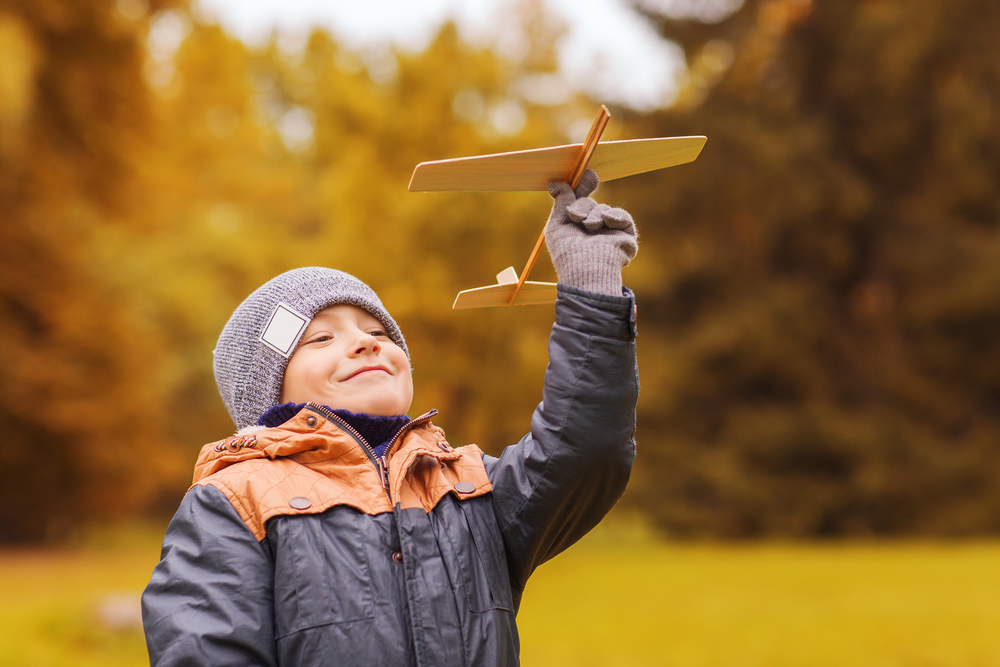 Go blaze your own trail. Find one that feels true and follow it for a while. See where it leads you. If you decide it’s not for you, you can always find a new path, or just get back on track with everyone else.

My concern of being isolated and unable to relate to most people turned out to be very valid. To this day, I still have wild successes and crippling failures that leave me feeling weirdly disconnected from even my closest friends and confidantes.

But those are just the things on the fringes; it’s the sort of tax that we pay for having unusual levels of beauty, awesomeness, and serendipity in our lives. Because more than isolation, I’ve found deep levels of connection to myself, the people I love, and the world we all share. You will too.